The principal tasks of the Centre include the development and maintenance of the Krakow Metropolitan Area Network as well as provision of a wide range of services to its users.

CYFRONET is a important WAN node for southern Poland. The Krakow MAN enables its users to establish regional and international links as well as to access the European GEANT research network.

Characteristics of the Krakow MAN 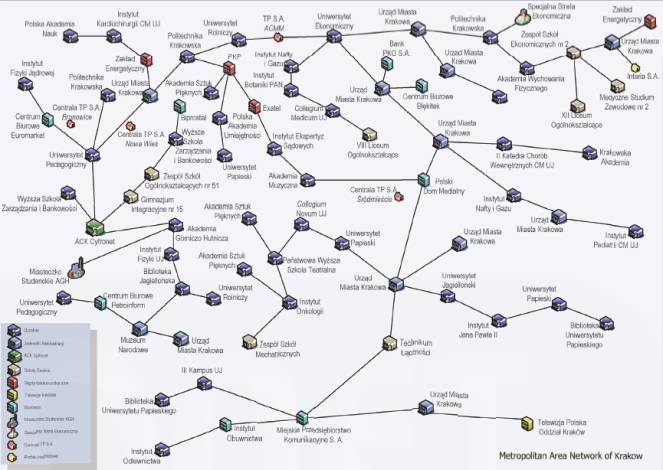 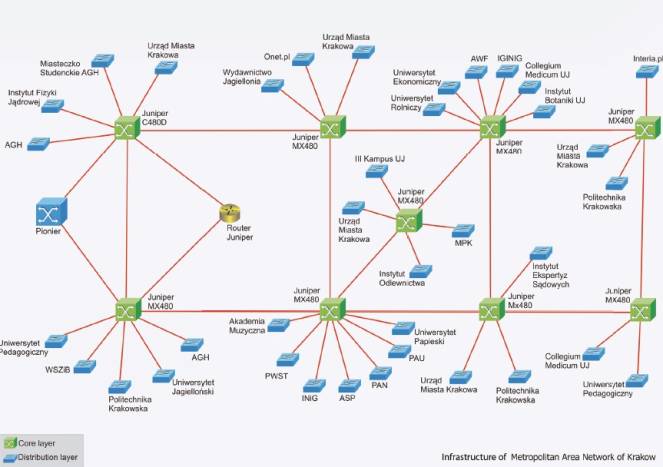